10.30pm: Rain is falling heavily, invisible in the darkness except under the street lights. Across the street, I can see the porch light of the neighbors home. It is dull and partly hidden by the bare branches of a tree, not yet come into leaf. I can hear rain, and sirens. Every night we hear some sirens. I don’t know what this means because in a time of Pandemic the meaning of everything is mysterious. You have to think about it. Are sirens fire trucks or are they ambulances coming to take the sick?

In Italy, the hospitals at the center of the SARS-CoV-2 epidemic say that patients come in two waves. The first wave is at dusk. The second wave is early morning. The nurses imagine that the morning wave are people who have survived a terrible night and have waited for dawn to seek help. The dusk wave are people who have had a terrible day and are afraid of what the night will bring.

Now, another siren comes. From the other direction. Is it the same one returning or another? 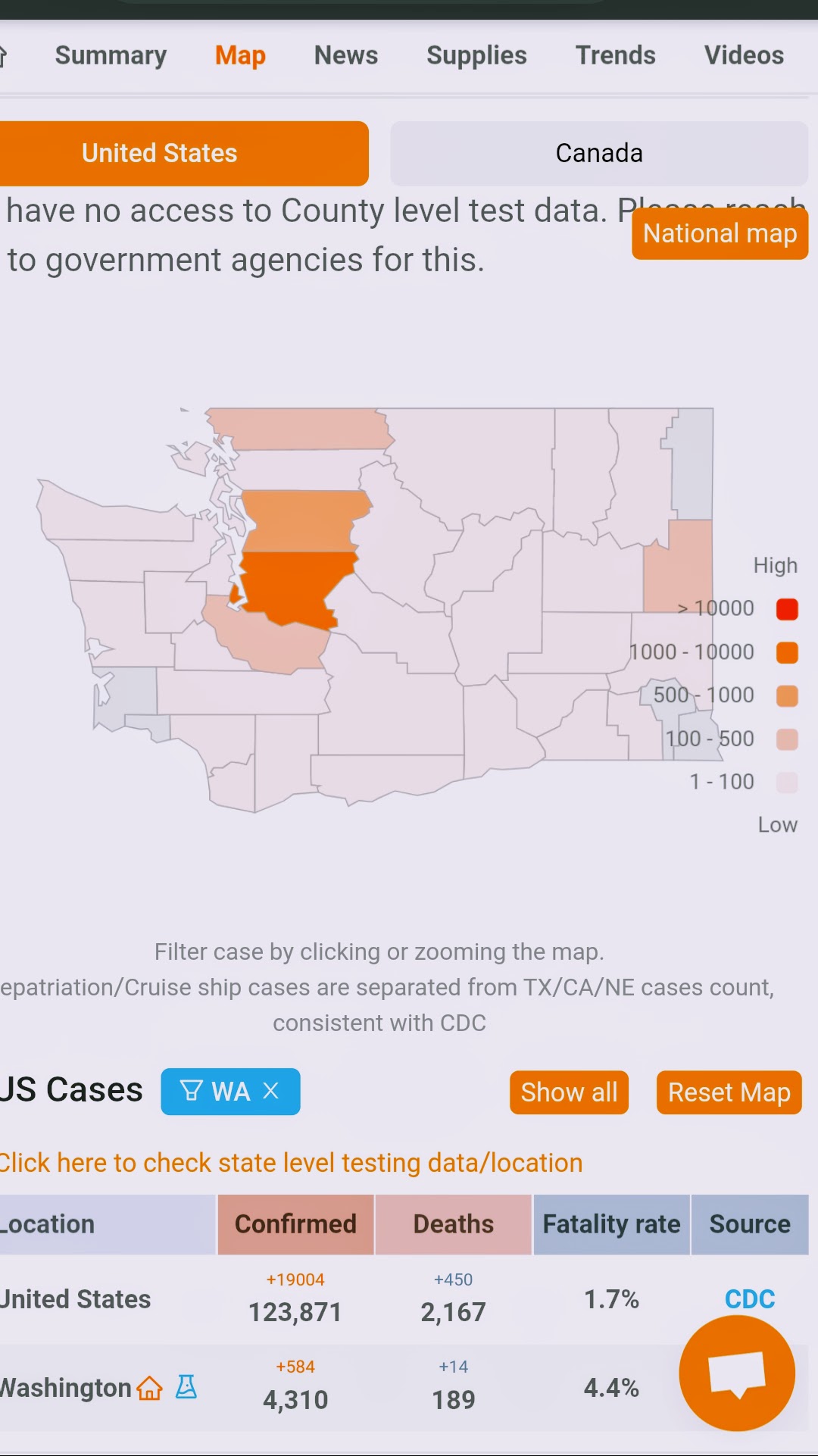 I live in the dark orange spot where cases are most concentrated. It is called King County and includes Greater Seattle

Me? I am not in Italy. Just Seattle. We are a little famous for having one of the first community transmissions of this Virus in the USA. You probably heard the story? This guy came back from Wuhan on Jan 15th. He got sick within days, so went to the doctor. They found he had Covid-19 and he was put in an isolation tent designed to contain Ebola – he never even touched a doctor. He had his own medical team and medical robots. It was High Tech. But the low tech part was likely his ride from the airport home. Someone was missed in the contact tracing. 6-weeks later we had many community cases with Viral Genomes matching his specific strain. So, the fact that people were not tested after that was a big mistake.

I stopped working from the office over 3 weeks ago, and am now working and baking and living at home. Right now, it’s raining. I’m sitting here feeling muffled. Muffled by distance from friends, muffled from seeing what is going on in my own city, muffled from the rain, wondering “What do the sirens mean?”.